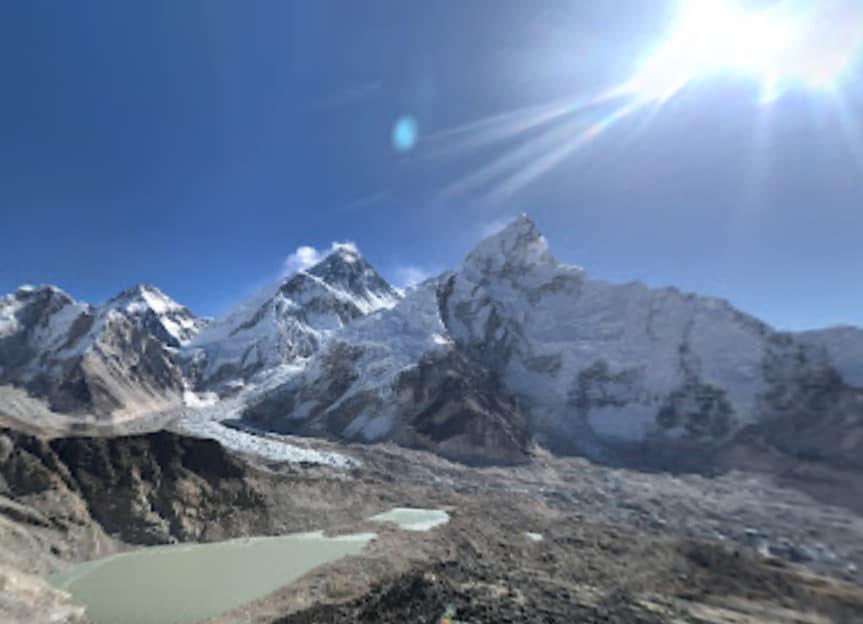 What is the tallest mountain on Earth? Of course, it is Mount Everest. Where is it located? On the border of Nepal! Did you know that Everest mountain is called Chomolungma, meaning "goddess mother"?

It can even be said that what most people know about this peak is simply the base. For instance, did you know that Mount Everest is the seventh deadliest mountain in the world, with an approximate death rate of 14.1% as per a survey in 2018? Did you also know that most people who die here never have their bodies retrieved, and if you are brave or stupid enough to venture out from the regular route, you can still find them in a perfectly preserved state?

On a brighter side of the mist of Mount Everest, did you also know that this mountain is still growing as we speak? Or that people can climb this mountain without the need for oxygen tanks?

There are still a lot of Mount Everest facts like these surrounds this mountain like a mist that very few people can see through. Here, we will uncover some of these mists for you and talk about some unknown Mountain Everest facts!

So, without any further ado, let's get started!

1. Mount Everest is not the Tallest Mountain in the world 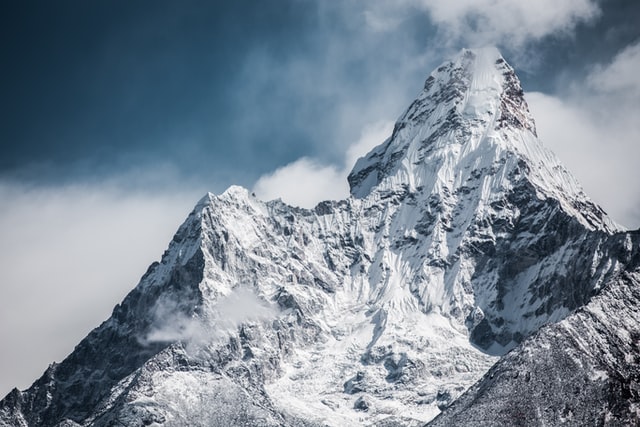 If we are going by the tallest mountain being the highest point of the Earth from its center, then the title must be given to Mount Chimborazo, with a total official height of 6,310 meters from its base to its peak. Although this mountain's height is roughly 2,500 meters less than Everest, it is still the highest point from the Earth's center. This is because Earth is not a round ball but bulges a bit at the equator. The small bulge is not enough to affect the overall shape of the Earth, but it is enough to alleviate the height of Mount Chimborazo.

But our Everest fact doesn't end here. Did you know that in terms of total height from base to tip, there's a mountain roughly around 1,300 meters higher than Mount Everest? Mount Mauna Kea is technically the tallest mountain in the world. However, since most of it is underwater, with only around 4000 meters above sea level, many people do not consider it the tallest mountain in the world.

The fact that Mount Everest peak is still growing may not be an unknown fact if you are a fan of "the National Geographic Channel" or similar content. However, very few people know this Mount Everest Fact.

Did you know that on average, Mount Everest peaks rise 40 centimeters per century? This is equivalent to 0.03 centimeters per year or the same width as the side of an average salt grain. While this may not seem much, when you think deeply about it, simply two merely two centuries ago, the official height of Everest was roughly 8847 meters. Considering the fact that modern humans have been around since 300,000 years ago, it would mean that this mountain has grown roughly around 1200 meters since the first human came about.

That said, scientists have been debating that Everest is reaching the summit of what the tallest mountain can be from base to peak, so it might not keep on growing for much longer! Did you know this Mount Everest Fact?

3. Mount Everest is filled with bodies

This takes us back to the dark Mount Everest Fact we discussed earlier. Since Mount Everest is technically the tallest mountain on Earth, it is also among the most dangerous. Thousands of people walk forwards to conquer this mountain. While many give up halfway, many do reach the summit. However, many climbers never make it out. This mountain becomes their snowy grave.

The causes of death vary, ranging from altitude sickness, bad weather, a small slip, or simply disorientation. Due to this, the death rate of this mountain is constantly around 14.1% - which is extremely high for a death rate of a mountain.

The good news is that if people die at the lower elevation, their bodies can be recovered. However, if such a tragic event happens and you reach the summit, there is no way to recover the deceased person's body. As such, they remain on their grave as a reminder to future climbers about the grim risks of climbing the summit of Everest.

In fact, one of this mountain's most popular landmarks is an unnamed mountaineer's preserved body. This body, nicknamed Green Boots, has become a landmark on the northeastern ridge of Mount Everest. There are approximately around 100 bodies on Mount Everest at the time of this writing.

4. Mount Everest has a lot of Human Poop 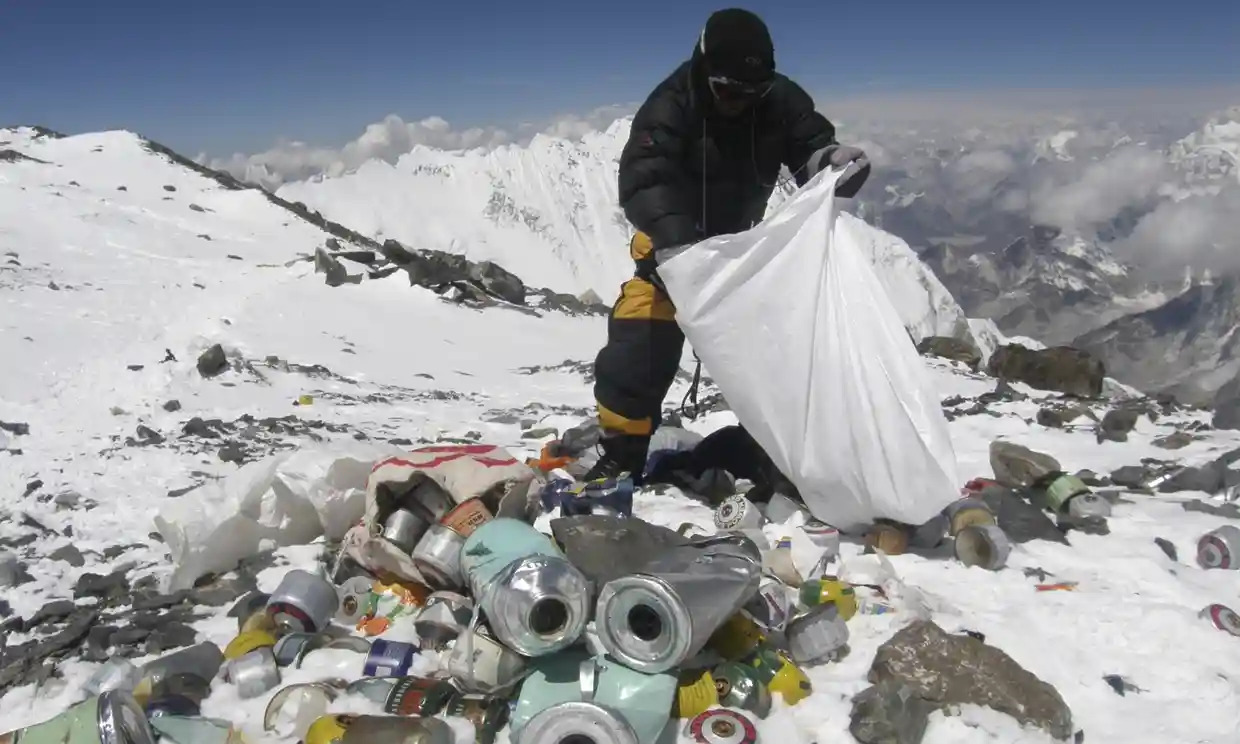 This is a rather disgusting and mostly unknown Mount Everest Fact. But if you think about it, it does make a lot of sense. Since this is a rural and extreme mountain, there are virtually no facilities for humans. This also means a lack of a proper waste disposal system. Humans are just about the only creatures that produce a noticeable amount of poop excrement in this region, and because of the cold, our excrement remains frozen.

Considering the fact that thousands of people have climbed this peak and all of them have dumped their excrement on the summit of Everest, this has become a huge issue and is threatening the health and environment of Mount Everest. This would not have been an issue if the poop got decomposed over time. But the issue is they freeze quickly. As a result, climbers are now required to carry their excrement in waste bags while climbing mount Everest.

5. You can find Jumping Spiders all year around

A trigger warning for all the arachnophobes.

One of the weirdest and scariest Mount Everest facts is that you will always find spiders in this region. Himalayan jumping spiders, scientifically known as Euophrys omnisuperstes, can be found up to altitudes of 6700, making them among the highest and only permanent residents of this region, and they are venomous.

The good news is that they are not harmful to humans. Although if bitten, you can get a mild localized pain, the chances of you feeling that is extremely low considering the brutal environment around you. Along with this, Himalayan jumping spiders are generally shy creatures, and they would rather run and save their venom for their prey. Rather some of you might just find them rather cute.

No mountaineering adventures are cheap; however, did you know that the cost of climbing Everest can be anything from 30,000 USD? There is a Mount Everest fact we bet you didn't know.

If you are wondering where all the money goes, most of this money is spent on license-free gear. Mountaineering gears are expensive, and a complete set of gears can cost anywhere from 6,000 to 10,000 USD at minimum. Add the fact that you will need to add travel, accommodation, food, training, and Guide fee to this list, and you will have an expensive mountaineering experience.

Along with this, there have been reports of your mountaineering gears, especially oxygen tanks, being stolen as well. So you will need a decent amount if you want to climb from Everest Base Camp to its peak.

7. The Locals have adapted to thin air.

By this, we mean that the local residents, "The Sherpas of Nepal", do not need heavy mountaineering gears such as oxygen tanks and other breathing equipment to climb mount, Everest. For the locals here, climbing Mount Everest might just be as simple as climbing a local slippery hill with steep cliffs.

They have an extremely good sense of direction, know the proper way to climb Mount Everest, and can do just about everything they can without an oxygen tank. Years of living in this place with thin air have adapted the local people to this environment. They can climb from Everest Base Camp to the peak and back down efficiently without fearing altitude sickness.

8. It has been conquered a lot of times. 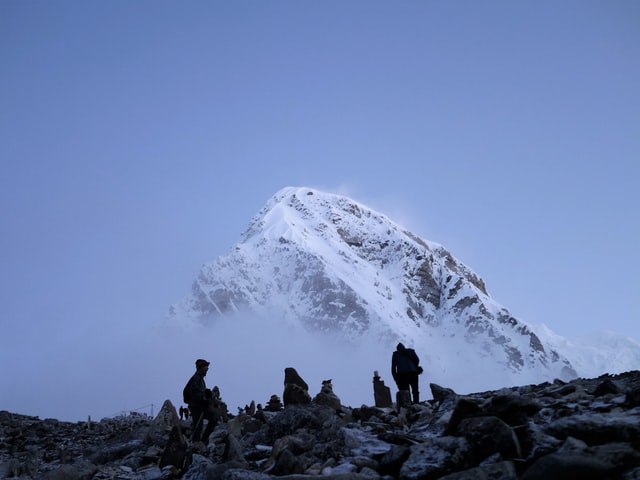 At the time of this writing, Mount Everest has been conquered by 4042 people, among which some of the most popular Everest climbers are:

That said, there is still a debate regarding whether or not George Mallory and Andrew Irvine conquered this peak or not. Along with this, besides these well-known people, we also have David Mclntyer and Sir Douglas Douglas-Hamilton, who became the first to fly over Mount Everest's summit.

These are just a few of the many known facts about Mount Everest. If you go deep enough, you will find that there is a rabbit hole of strange and never-ending Mount Everest facts. The ones we covered here are the ones at the tip of the iceberg.

As a side note, if you are not up for climbing Mount Everest, then you can simply go on an Everest Base Camp Trek and still have a decent mountaineering experience as well.

Regardless, we hope you found this interesting and helpful. And as always, thank you for reading till the end.