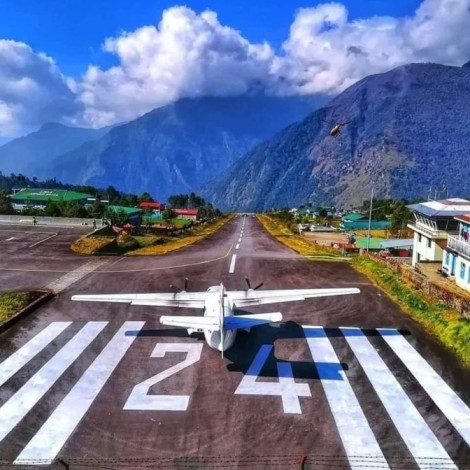 World Highest Airport Lukla Airport is situated at an elevation of 2860m at Khumbu Pashanglambhu Rural Municipality of Solukhumbu District of Nepal. Lukla is a small settlement at the base of Mount Everest. Lukla means a place with goats and sheep, but due to the airport area at the top of the mountain and settlement, there are no other animals in this region on a large scale.

This is a tiny, busy, and dangerous airport with a very short runway and steep incline. This airport was renamed in 2008 in honor of Sir Eid Mud Hillary and Tenzing Norgay Sherpa, the first human to put foot on Mount Everest.

Lukla/ Tenzing Hillary Airport is the first trekking point of Everest Base camp Trek and any other peak climbing on this route. This is the most popular and famous airport worldwide because of its mesmerizing height and the uniqueness of its location and hearth warming and jaw-opening landing and pickup. Before Lukla Airport, it was a complex and lengthy journey for trekkers as the only nearest point was Jiri, and trekkers had to difficult walk to reach this starting point of Trekking. 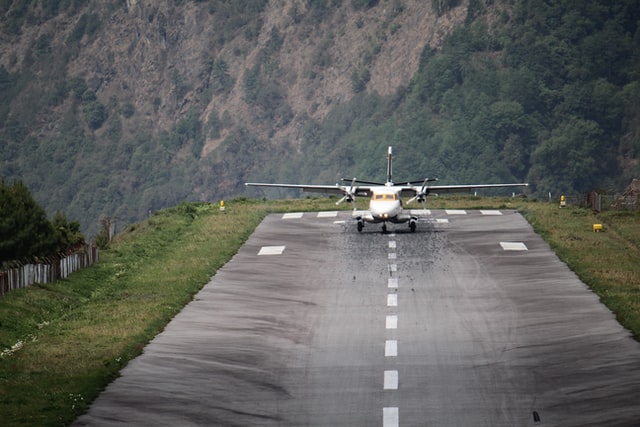 Tenzing Hillary Airport lies between mountains and hills with an elevation of 9000ft, a small runway of 1500ft long and 65ft in width, and only 12 percent north-south gradient. The flight from Kathmandu to Lukla only occurs in the morning, usually because of risky or bad weather. The weather condition of Lukla quickly affects the landing at the airport. It takes around 35 min to reach Lukla Airport from Kathmandu Airport. Due to the excessive flights from the International airport from Kathmandu, the flight to Lukla is shifted to Manthali Airport of Ramachap District during pick seasons of September To November and March to May. It takes around 25 minutes to reach Lukla From Manali. 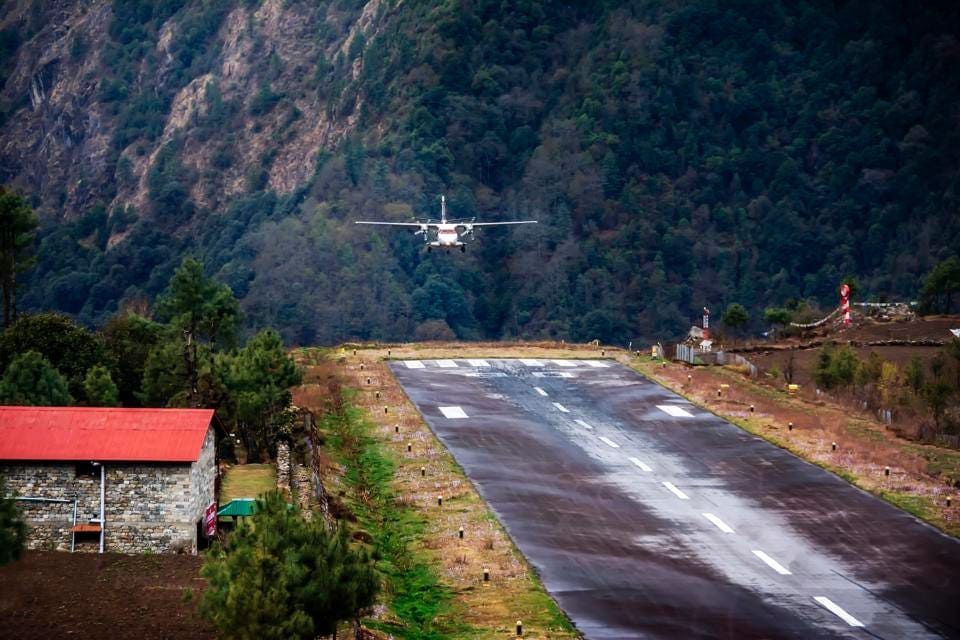 Many travelers frequently ask this question about the risk of Lukla Flight. But Lukla airport is not dangerous at all, but it is the most adventurous, thrilling, and jaw-opening lifetime experience during take-off and landing in this Lukla Airport. Due to the height and location of the airport, which is at the base of giant Mount Everest and the runway is between two massive landmass, there is a real thrill in traveling to Lukla Airport.